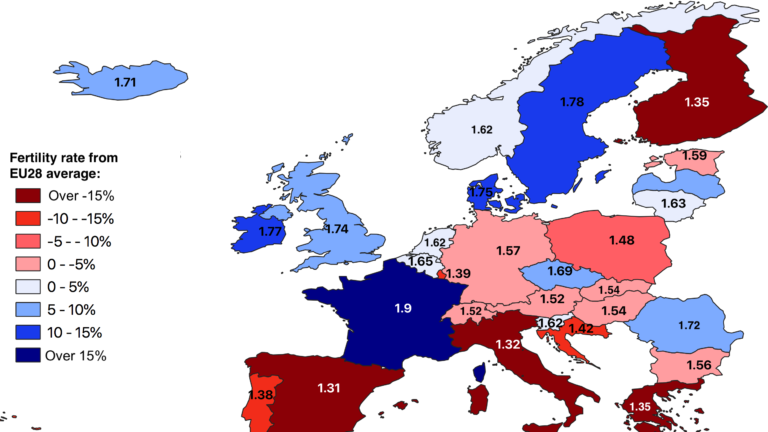 Sweden (including Finland) published its first population statistics in 1755. The information was immediately declared secret by the king. The statistics clearly showed how few armed men were in the kingdom. By concealing this information, the threat that  foreign countries could see how weak Sweden was in -Finland in military, economic and political terms was avoided. Population statistics have always provided potentially inflammatory political and regional information. We were reminded of this once again when Statistics Finland released their long-awaited regional population projection on September 30th. If this does not awaken decision-makers to the issue of demographic and regional polarisation and the challenges it brings, nothing will!

It was predictable that the demographic projection would be bleak, given the demographic trends of recent years. Still, the forecast was surprising, as future demographic trends look to be even gloomier than was initially seen in Statistics Finland’s National Population Forecast in November 2018 or in MDI’s February forecast. The new numbers were literally terrifying.

Finland’s population is projected to grow only slightly between 2019 and 2040. It is symptomatic that demographic trends are expected to be negative for most of the 2030s. From the point of view of the national economy, the decline in the working-age population, unlike that in the other Nordic countries, is fatal. The working-age population is projected to decline by about 111 000 by 2040. The major contributory factor is the poor demographic performance in the 2010s, with the working-age population declining by 120 000 people in about a decade. The equation is challenging, as the number of people over 64 will simultaneously increase by about a quarter by 2040. This means that there will be about 290 000 more retired people in Finland in 2040 than there is today. If the assumptions come true, there will be 46 pensioners per 100 working-age people.

Weak demographics are the result of falling birth rates. The total fertility rate in Finland, which is the average number of children a woman has in her lifetime, is very low. In fact, the lowest during our demographic history. The total fertility rate for the whole country was 1.35 in Statistics Finland’s 2019 forecast, which means that there are 1.35 children per average woman. Even at the European level, Finland’s fertility rate is very low, especially compared to the other Nordic countries. Indeed, Finland’s fertility rate will continue to resemble that of the Mediterranean countries and will remain significantly lower than the EU average.

Net migration is the only factor which increases the population of Finland during the forecast period. It is noteworthy that without the annual migration gain of 15 000 people from international migration, Finland’s population would already be shrinking this year! In most regions, net immigration is the only factor contributing to population growth. Unfortunately, Statistics Finland does not distinguish between domestic and international migration in its forecasts. Due to the age structure differences between regions and the targeting of migration, there is a very strong regional differentiation within the country, a polarisation is occurring. By the year 2040, only three of the provinces in mainland Finland will grow: the growing provinces form the tops of the so-called growth triangle. By far the strongest growth is in Uusimaa, with a population of 215 000, which means growth by the amount of people currently living in Vantaa. Growth in Pirkanmaa is also moderate. In Southwest Finland, growth is even more moderate. In all other provinces of mainland Finland, the population is shrinking: some regions see moderate reductions (e.g. Central Finland and Northern Ostrobothnia) but in others the decline is very strong (e.g. Southern Savonia, Kainuu, Kymenlaakso). In virtually all areas, negative natural population growth accounts for most of the population decline.

The provincial level simplifies the picture of regional differentiation. When looking at the forecast at the sub-regional level, it can be observed that growing regions are also found in the declining provinces. The population is projected to grow in seven regions of mainland Finland: Helsinki, Tampere, Turku, Oulu, Jyväskylä, Rovaniemi and Kuopio. The growing regions are all reasonably large population centres, centres of their own province and sphere of influence, and all with universities. The population of the Helsinki region is growing rapidly, with a total population increase of 225 000 (slightly less than the current population of Tampere). Growth is reasonably strong in Tampere (38 400), Turku (21 400) and Oulu (16 500) regions. Growth in the Jyväskylä region will however be weaker than before, with growth of just over 8 000. Rovaniemi, and the Kuopio region in particular, are struggling just above the surface; Population growth of slightly more than 1 000 people is expected in Rovaniemi. According to the population forecast, the focus on urban areas is clear, as in all provinces the “peripheral areas” of the provinces are sharply reduced. In addition, population growth in the growing regions will be strongly focused on the 2020s, as by the end of the forecast period only the populations of Helsinki, Tampere and Turku will grow.

The municipal level reveals the power of the concentration towards growing centres. Of the 295 municipalities in mainland Finland, only 40 will grow over the period 2019-2040. Almost all of these municipalities are so-called growth centres or surrounding communities. The strongest growth is in the municipalities of the Helsinki Metropolitan Area, Tampere and Turku. Of the large and medium-sized cities, the growth of Oulu, Seinäjoki and Rovaniemi is also quite strong. On the other hand, traditional growth centres in Kuopio, Vaasa and Joensuu will have low growth and the population will decline in the 2030s. Outside urban areas, the population is almost invariably shrinking. Positive exceptions are, for example, Luoto, Kustavi and Inari. The demographic differentiation of municipalities is also illustrated by the fact that every third municipality (111) is projected to have a population reduction of more than a fifth by 2040.

Population growth will remain strong over the coming decades in urban areas that are successful in attracting migrants from all over of the country and to which large numbers of immigrants are migrating. The position of some urban areas (e.g. Kuopio, Joensuu and Vaasa) is more challenging, as people are moving to these municipalities from a much more limited geographical area than, for example, Turku and Tampere. However, the strength of the polarisation process is clear, when in all provinces, even the central city will not grow according to Statistics Finland’s population projection.

This significant inter-regional segregation and the concentration of the population to urban areas were already hinted at in the MDI population forecast. However, according to Statistics Finland’s forecast for 2019, the regional polarisation is even greater. Within the country, very different operating environments are emerging: at the extreme end of positive growth in mainland Finland is Sipoo, where the population is growing by almost a quarter, while at the other end, there are municipalities with a population decline of over a third. Changes in the age structure are even more challenging, according to a recent population projection, in Finland in 2040 there will be a total of 16 municipalities with over 100 retired people per 100 working-age people. The development of the country as a whole also appears to be very challenging, even though this was already hinted at by Statistics Finland’s 2018 country forecast: demographic growth will stop in the 2030s and thereafter begin to decline. In particular, the shrinking workforce and the growing number of retired people create a challenging equation. Will Finland become, from a demographic point of view, the Japan of the North in the 2030s, where the population will shrink and the dependency ratio will decline? As a result, Japan has become the world’s most indebted country in terms of GDP – Japan has debt over two times its GDP. In order to avoid this, it is important to start looking for solutions to future challenges before it is too late. 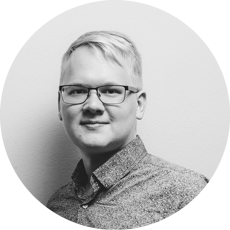 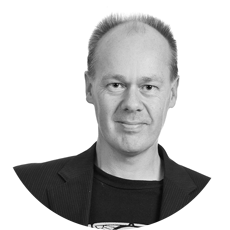