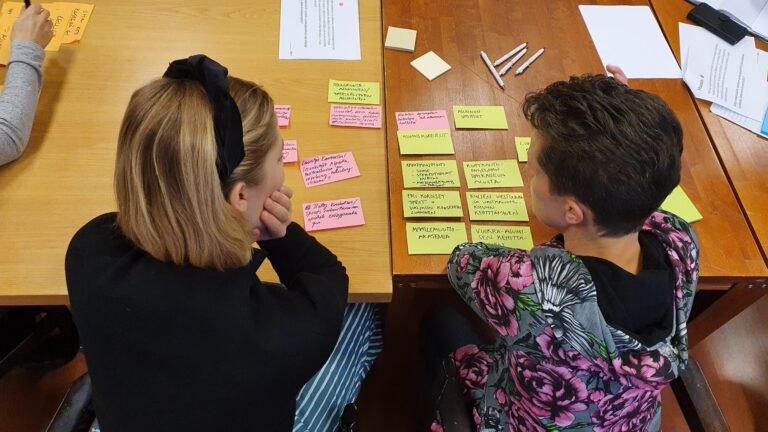 An innovation camp was organised in Vuolijoki village on the 4th-5th of November, 2021. A number of rural developers and village activists came together in an attempt to solve the challenges chosen by the villagers of Vuolijoki. The aim of the camp was also to network the actors of the themes and regions together and to strengthen the cooperation between the different actors. For two days, the teams worked on experimental ideas, participated in the Vuolijoki village party, heard the strengths of the Vuolijoki panel discussion and carried out visits to various locations in Vuolijoki. 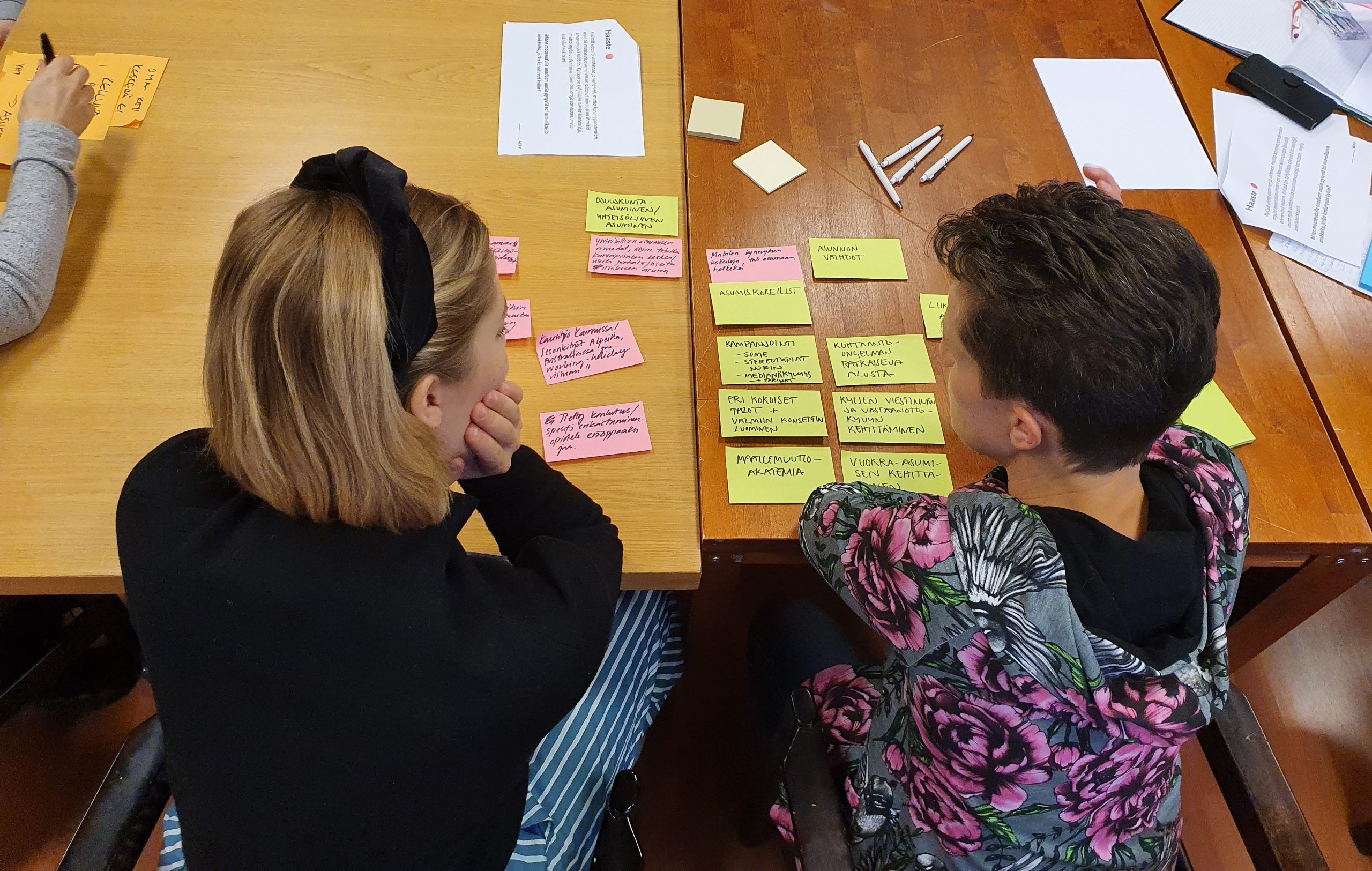 The first team considered how to get new residents to relocate to the countryside and how to get them to settle in the village. Their experimental idea was based on a mini-house area that offers the opportunity to test living in Vuolijoki as well as to test easy and communal living. There would, for example, be a sauna, boat and allotment garden.

The goal of the second team was to look at work and livelihoods with new eyes. The team’s idea was to organise a recruitment campaign not only for knowledge workers but also for the needs of the region’s industries to meet current challenges in respect of the availability of skilled labour. The team would start developing teleworking opportunities by identifying needs and developing the functionality of teleworking facilities. As a broader vision, the team would also start commercialising the silence and tranquillity of the village of Vuolijoki and further develop the role of teleworking facilities as a facilitator of community and encounters throughout the village.

The third team devised ways to strengthen the village identity of children and young people, posing the questions: How can we help children and young people to enjoy themselves in their home community, and how can we ensure that their voices are heard? The team identified small and quick experiments, such as a horse club and airsoft space. The next steps in the idea creation process were, for example, related to the international Oulujärvi moped meeting in 2023.

The fourth team worked on biogas and sought a solution to the problem of the profitability of biogas production and distribution in sparsely populated rural areas such as Vuolijoki. The team found a solution to promote local biogas production and take advantage of the market. If the plans are implemented, a biogas plant will be built in Vuolijoki, and an ecosystem will be created that will benefit industry, agriculture and residents, while a regional brand will be created to attract young people.

The biogas team was chosen as the winner

In the finals, each camp team presented their pitch to the jury which included Marianne Selkäinaho (Ministry of Agriculture and Forestry), Pirjo Oikarinen (Leader Oulujärvi), Teemu Hauhia (Rural Network) and Teuvo Hatva (Kajaani, Chairman of the City Board).

The jury selected ​​the biogas team’s idea as the winner. The jury thought that it took into account many different perspectives, such as industry, agriculture and residents. The idea was considered ambitious, yet feasible, taking into account the rising level of environmental appreciation, through which the area could become attractive specifically for new environmentally-conscious migrants. The jury also thought that the idea would act as an enabler for other camp ideas. 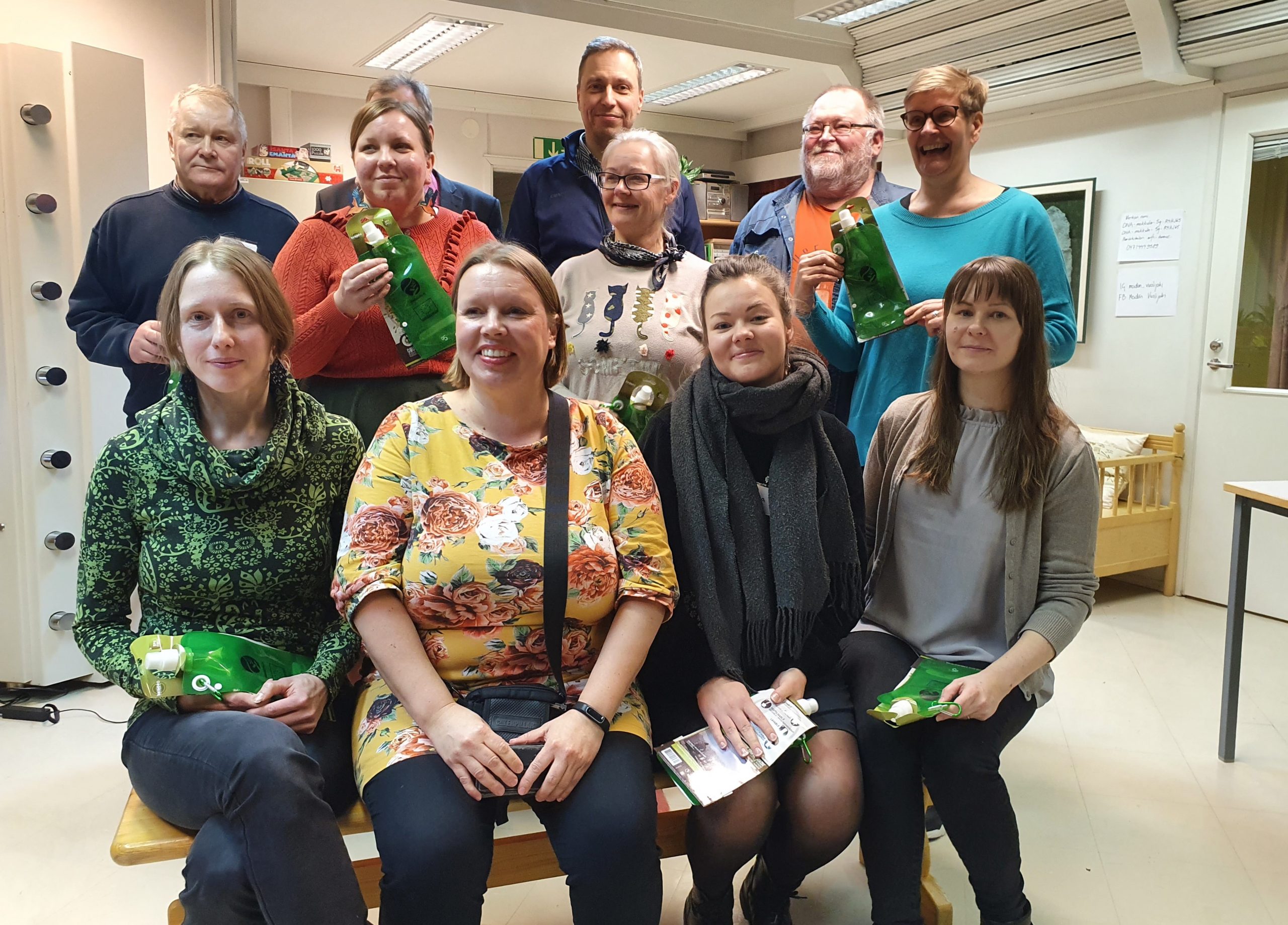 The background of the innovation camp is Finland’s Smartest Village competition, which Vuolijoki won in 2020. The Smartest Village competition was organised by the Rural Network (European Agricultural Fund for Rural Development) in cooperation with the structural funds ESF and ERDF, the European Maritime and Fisheries Fund, the Ministry of Transport and Communications, the Rural Policy Council of Finland (MANE), the Association of Finnish

Local and Regional Authorities and the Village Action Association of Finland. The innovation camp was organised by the Rural Network and MDI.