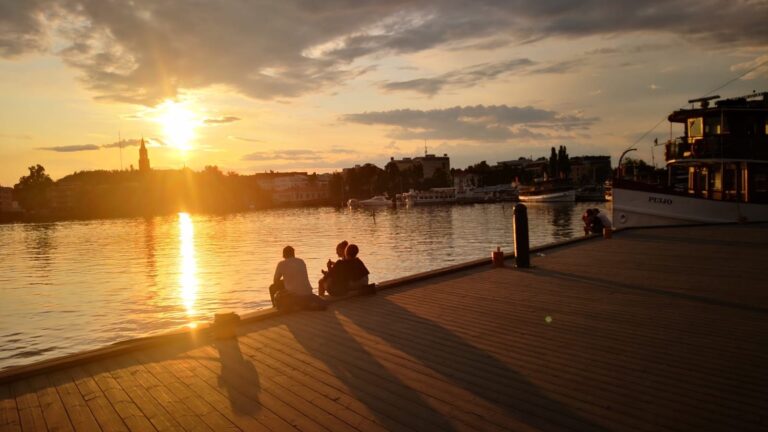 MDI, the City of Savonlinna and the Regional Council of South Savo jointly achieved a common and new cultural strategy for Savonlinna and the wider Saimaa region during the autumn of 2019. What made the drafting process exceptional was its trans-regional nature, where the objectives of the cultural strategy serve the needs of the four regions and the central city.  Another interesting aspect of the strategy is its phenomenon-based approach to producing and developing culture; culture is produced amongst various stakeholders, regardless of strict sectoral boundaries.

The city of Savonlinna already enjoys a strong cultural status, but its contents have somewhat lagged behind the changes on-going in the surrounding world. Culture is more than just opera, and the city for example, benefits from a strong presence of actors representing freelance and subculture, many of whom are househhold names nationally and even internationally. This mismatch served as one of the drivers of the strategy work undertaken.

Equally central to the strategy work was the ‘city as a platform’ concept, with the city of Savonlinna primarily serving as a platform for cultural agents, residents, businesses, city activists and other actors. The beauty of this type of platform thinking for the city is that it does not require particularly significant reallocation of resources; rather what is central is  a change in mindset, where the city ‘hands over’ responsibility to the cultural actors themselves, and itself acts primarily as an enabler, coordinator and promoter. The phenomenon-based culture requires the city to have the courage and ability to succumb to this new role. Culture as a phenomenon is an investment for the future: it promotes the well-being of local residents, attracts new residents and enhances the city’s image as a vibrant city of culture. The concept of the ‘city as a platform’ provides in tangile terms the means to bring together networks and projects, keeping in touch, providing facilities, opportunities and localities for different actors. This fits in well with Savonlinna’s vision of being an international cultural and cultural city in the heart of Saimaa Region.

The strategy was based on four workshops, each with its own theme and own target audience. Workshops were organized for art and culture makers, stakeholders of the city working with residents, as well as those working with economic development and with interregional cooperation. In addition, interviews and strategy documents were analysed during the strategy process. The workshops and interviews reached nearly 100 people, active in the arts and cultural sphere from Eastern Finland.