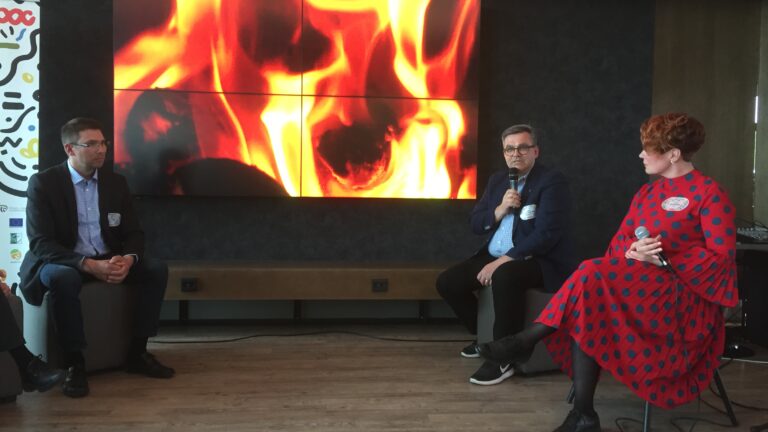 The effectiveness of the Rural Development Programme was celebrated in South Ostrobothnia at the OmaSP Stadium in Seinäjoki on 7 May 2015. The All-Time Rural Festival gathered together entrepreneurs, rural developers, farm entrepreneurs and stakeholders to hear about the achievements of the current programming period.

Mika Soininen, Director of ELY Centre in Southern Ostrobothnia, opened the celebration and described South Ostrobothnia’s position as an undeniable food region in the light of the released figures. The keynote speaker was Petri Rajaniemi while the festive speech was given by Jaana Husu-Kallio, Chief Secretary of the Ministry of Agriculture and Forestry. Rajaniemi challenged listeners to boldly break the 200-year tradition and create a new way of doing things and breaking down barriers. Husu-Kallio emphasised the role of farms and rural developers in combating climate change and stopping the loss of biodiversity.

Farms, companies and project operators presented the effectiveness of their actions in many different ways during the Festival. The second floor of the OmaSP stadium was reserved for around a dozen project leaders who discussed the effectiveness of their actions. Perhaps the most relevant description of the importance of funding from the rural programme was given by Timo Keski-Kasari, Managing Director of Juustoportti, who said: “Rural programme funding is like gas into the fire. At best, funding can help make things faster and bigger, but there is no real impact if there is no firewood.”

South Ostrobothnia’s effectiveness in this area has been compiled in the firm of a publication. The material has also been exported to pareemaaseutu.fi,  by BSTR Luova Konttori Oy.

This Rural Celebration represented an end point to a process lasting about a year, in which MDI has been supporting the ELY Centre of Southern Ostrobothnia in developing an impact assessment and communication tool. BSTR worked as an MDI partner and produced a visual look for the project.