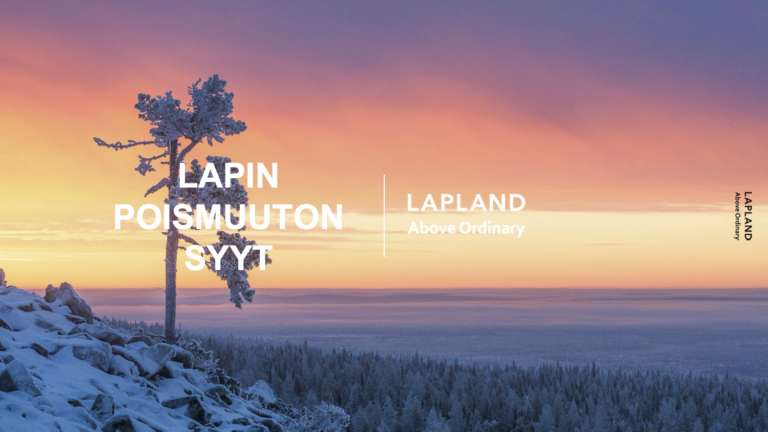 MDI carried out a study on migration from Lapland, by municipality, including its causes and background factors. According to a report published for the Regional Council of Lapland, long-term housing decisions in Lapland are based on a strong vision of the future. In order to turn Lapland#s population flows in a positive direction, particular attention must be paid to those who graduate there, specifically to help them get their first job, while the region, in general, must increase its attraction.

The study is based on the need to map how Lapland’s future vitality and growth will be secured and where a skilled workforce and residents will be obtained as the population shrinks and ages. Lapland suffers from considerable out-migration among young people (15–24 years), but there are large differences in migration flows between municipalities. As regards the group of young adults, Lapland suffers from substantial migration loss, especially to Oulu, from where most of these young people do not return, but instead continue to move to the growth centres of the south.

– The most significant measures to strengthen the attractiveness of Lapland should be taken in regards to this group of young adults, particularly in respect of where permanent residence choices will be made, says expert Rasmus Aro.

Beyond the hard statistics, the reasons for leaving Lapland were analysed in the light of the survey and the focus group interviews. The purpose of the survey was to understand more precisely the reasons why people leave Lapland. A total of 346 people responded to the survey, most of whom had already moved away from Lapland. The survey revealed that around half of those moving out of Lapland could however be enticed to move back in the right circumstances. Rarely, however, do these ambitions, hopes and dreams materialise.

– The main reasons driving out-migration were limited career development opportunities, access to employment or study elsewhere and the need for change. In addition to the change caused by work opportunities elsewhere, the open answers emphasised the ‘atmosphere of attitude’, such as favoring insiders in recruitment choices, expert Susanna Haanpää notes from the results of the survey.

Expert Kirsi Siltanen presented the report’s conclusions, noting, most importantly, that long-term housing decisions need to be based on a strong vision for the future.

– When competing for residents, the one who wins the competition is the one who creates a positive vision of the future. One of the key actions at the individual level is the need for positive talk about the opportunities available in Lapland, something which everyone can influence, says Siltanen.