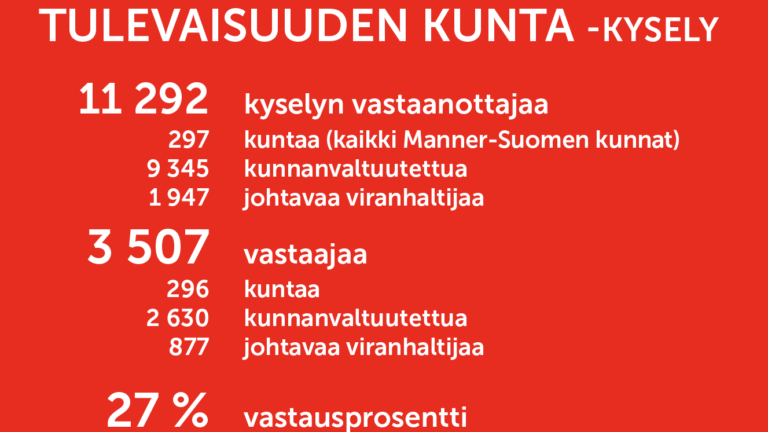 The operational environment of municipalities will meet major changes due to the structural reform in social and health care services as well as in establishing new counties. Municipalities’ tasks, operations, financing and role in the public administration altogether will change substantially. An online questionnaire was sent to all 297 municipalities in Finland to 11 292 elected officials and public servants. Questionnaire was closed last week and almost one-third responded. The data serves as a basis for further discussion concerning the development of the municipalities and different regions.

According to the results the prospects for the development in municipalities seems to be brightest in the surroundings of metropolitan areas. Secondly the local government reform affects Central-Ostrobothia and Kymenlaakso positively. In the future municipalities should promote employment and create jobs, strengthen the business environment and develop the living environment by land use, housing and transport solutions.

Analysis of the results of the survey and background report will continue during the summer.