The participants worked in teams on themes chosen on the basis of Cork 2.0 declaration and preliminary online discussion. The themes were rural proofing, communication, simplification and innovation. The teams worked intensively throughout the innovation process, starting from wild ideas and ending up in planning of testing the idea in practice. Different kinds of working environments and methods (e.g. walking meeting and lake pitching) were used during the camp. A three-person jury sparred the work of the teams and finally chose the winner. The winning idea ’Euruvision’ promotes European rural innovation through a Eurovision-style annual competition, was declared in an award ceremony during the closing dinner aboard steamboat Suomi.

The camp was a success – the participants acknowledged the merits of innovation camp as a working mehtod. Two days were enough to dive deep into the topic, plan practical actions together to meet common challenges, get to know European colleagues well – and have fun! Strengthening of the European rural network and concretising the cooperation between National Rural Networks were important outcomes of the innovation camp. 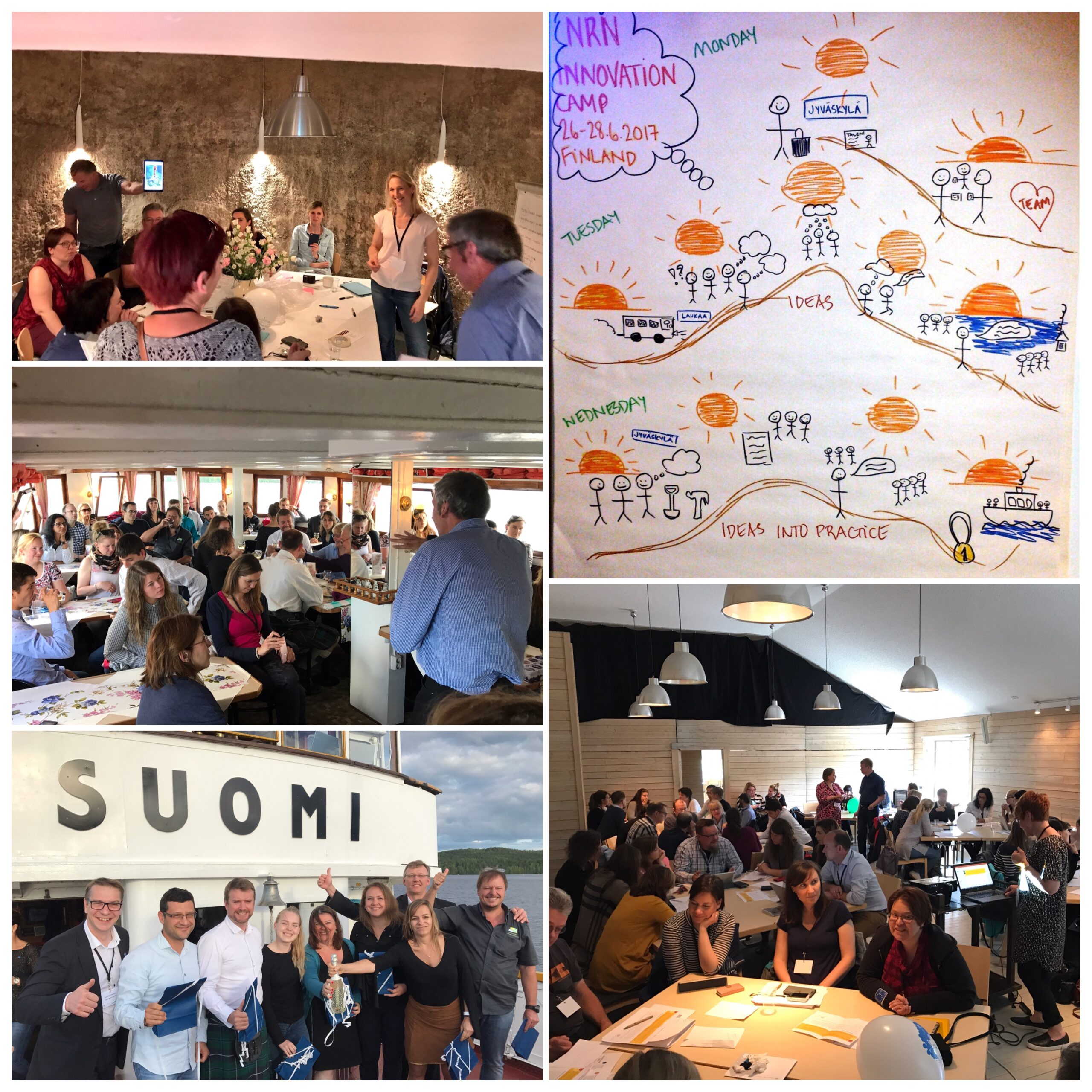